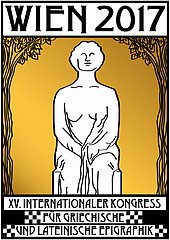 For five days a great number of specialists in Greek and Latin Epigraphy was brought together and they could assist to a large variety of talks and presentations, organized in panels in different rooms, on Culture and Identity, Religion, Poetry, Economy, Database, New editions, etc. A large number of posters were also showed.

Several members of our team contributed with their papers and posters to this international conference. For example, Prof. María Paz de Hoz gave a paper on ‘Greek Education and Local Culture in carmina from Asia Minor’, and Prof. Gianfranco Agosti presented his work entitled ‘Layout and Readability in Late Antique Greek Metrical Inscriptions’. Héctor Arroyo Quirce also showed a poster entitled ‘Σολύμοισι κυδαλίμοισι. Homer and the Pisidian City of Termessos’.

In addition to the talks and the posters, the congress organizers also invited the participants to join them in some additional activities, such an excursion to the archeological site of Carnutum, an official reception in the inner-courtyards of City Hall of Vienna, and a formal session at the Austrian Academy of Sciences, during which Prof. Silvia Orlandi addressed the keynote speech entitled ‘“Light on the history”: epigraphy in a changing world’. Finally, Prof. Christopher P. Jones closed the conference with a talk entitled ‘Epigraphy between Philology and Technology’.

The celebration of this congress coincided with the Film festival that filled the city with music and various surprising gastronomic events, all enhanced by the very good atmosphere at the City Hall Square that we enjoyed next to the University Campus. The splendid weather also put a nice touch to all social and academic activities. 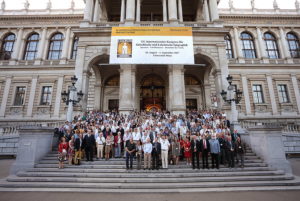